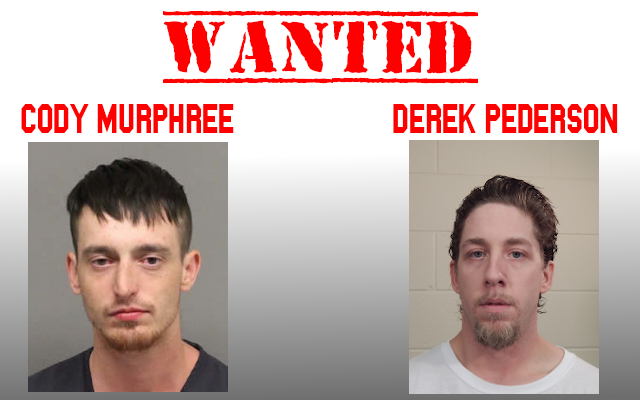 STANTON- The Stanton County Sheriff’s office is continuing to ask the public’s assistance in locating a man who escaped Sunday from the Thurston County jail and was later observed in Stanton County.

26-year-old Cody Murphree is now being sought for another incident that occurred at 4:20 p.m. Tuesday in downtown Stanton. Murphree and a second male, 29-year-old Derek Pederson of Cedar County are wanted for an assault in Stanton where they accosted a male and female at an apartment after breaking into the residence and threatening the pair with a firearm. Murphree and Pederson then fled the area in a white 2004 Dodge Stratus that is now reported stolen. Both males are convicted felons and face numerous new felony charges in connection to the incident. Both are considered to be extremely dangerous and have made comments of having nothing to lose. If they or the vehicle are observed you are asked to immediately call 911.

Both subjects are suspected of still being in Northeast Nebraska.