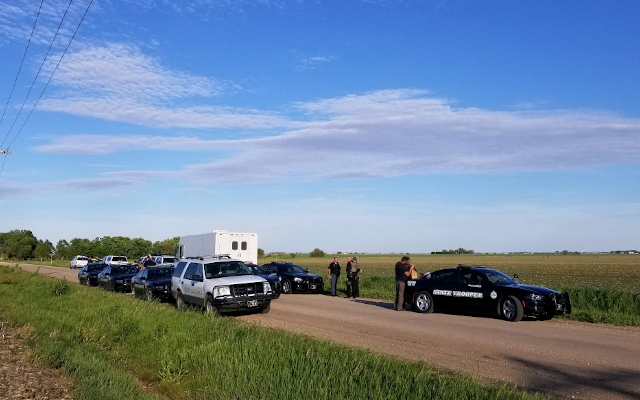 GRAND ISLAND- Nebraska State Troopers arrested a Lincoln man who was wanted in connection with a shooting that occurred just after midnight Thursday in Grand Island.

The arrest is the result of an 18-hour search for the suspect between Aurora and Henderson. At 12:50 a.m. Thursday, a trooper observed an SUV traveling eastbound on Interstate 80 near Aurora. The trooper initiated a traffic stop near mile marker 335. Two occupants of the vehicle were quickly taken into custody, but a third occupant fled the traffic stop on foot. The person who fled the traffic stop was identified as the suspect of the shooting currently under investigation by Grand Island Police. Thursday afternoon, an arrest warrant was issued in Hall County for 33-year-old Antoine Johnson, of Lincoln, on multiple charges. Late Thursday afternoon, troopers were able to locate Johnson hiding in a ditch one mile south of I-80.

Johnson was taken into custody at 6:45 p.m. without incident.