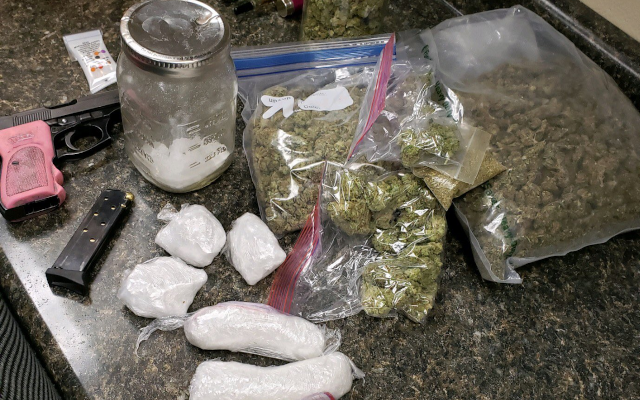 GRAND ISLAND- The Nebraska State Patrol arrested a Lincoln man after locating several controlled substances and a stolen handgun at the conclusion of a pursuit in Hamilton County.

At 1:45 p.m. Sunday, NSP received a report that a motorcycle was passing on the shoulder of Interstate 80 at 120 miles per hour in York County. About 20 minutes later, the Aurora Police Department reported that the motorcycle was on County Road 9 near Highway 14, south of I-80. A trooper attempted a traffic stop, but the motorcycle refused to stop. The motorcycle was traveling at 70 miles per hour on the gravel road. As the motorcycle approached the Giltner Spur, it attempted to turn northbound, but spun out in the grass. The rider then attempted to flee on foot but was quickly taken into custody. Following the arrest, troopers found a stolen handgun, methamphetamine, THC wax, more than one pound of marijuana, and drug paraphernalia in the rider’s backpack.