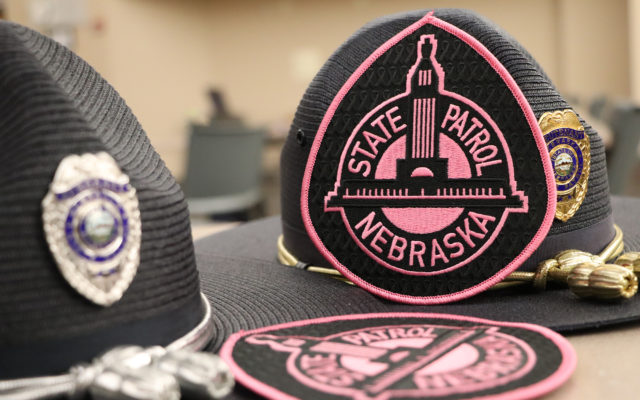 LINCOLN- The Nebraska State Patrol may be wearing a pink patch in October to honor and support those fighting breast cancer.

The Pink Patch Project is a national effort that involves law enforcement agencies throughout the country, including many in the state of Nebraska. Throughout October, troopers have the option to replace the standard NSP patch with a pink patch. NSP’s pink patch features the NSP logo in pink and black. Pink NSP patches are also available for purchase by NSP civilian employees and members of the public at local NSP offices. All proceeds from sales of the pink NSP patches will go to benefit research and treatment of breast cancer.

This is the third year that NSP has participated in the project.