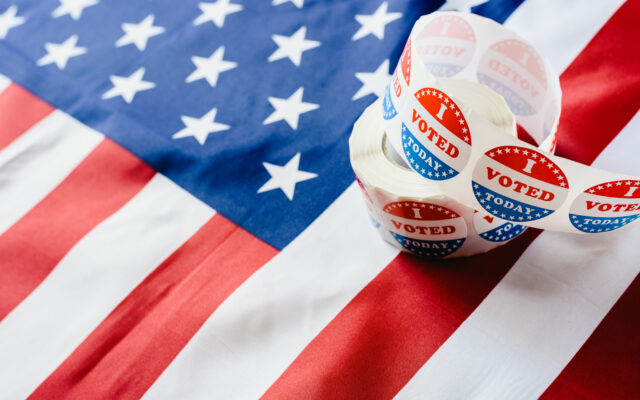 I vote today stickers roll, in US elections on American flag.

LINCOLN- Tuesday, Nebraskans will vote for the replacement of U.S. Rep. Jeff Fortenberry with a special election.

Sen. Mike Flood, a Republican, will take on Sen. Patty Pansing Brooks a Democrat. The winner will replace former U.S. Rep. Jeff Fortenberry, a Republican who resigned after he was convicted on charges that he lied to federal authorities about an illegal campaign contribution.

The winner will serve the remainder of Fortenberry’s term in Congress.