Trooper Struck, Injured In I-80 Crash 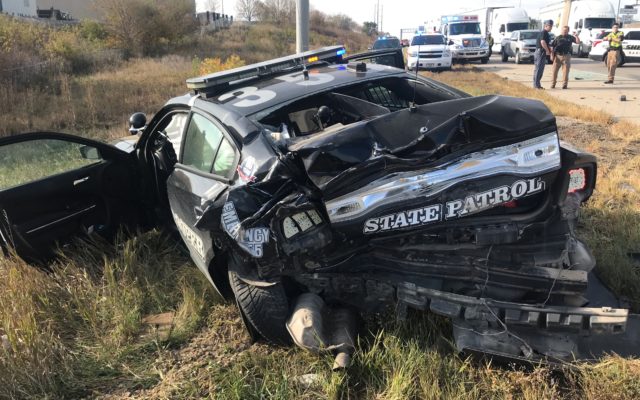 OMAHA- A Nebraska State Trooper was hospitalized Wednesday after his patrol unit was struck on Interstate 80 in the western Omaha metro area.

At 8:45 a.m. Wednesday, troopers responded to reports of road damage on eastbound I-80 near Giles Road. Sarpy County Deputies and road construction teams were also on scene. Troopers blocked off the far right lane of traffic for construction workers to repair on the road. About an hour after the initial response, a trooper’s patrol unit was struck from the rear by an SUV. The trooper’s patrol unit was stationary and blocking the far right lane of I-80. The trooper was inside the vehicle at the time of the crash and the trooper’s emergency lights were active while he was blocking traffic. The trooper and driver of the SUV were both transported to an Omaha hospital with non-life-threatening injuries.

The trooper has since been released from the hospital.