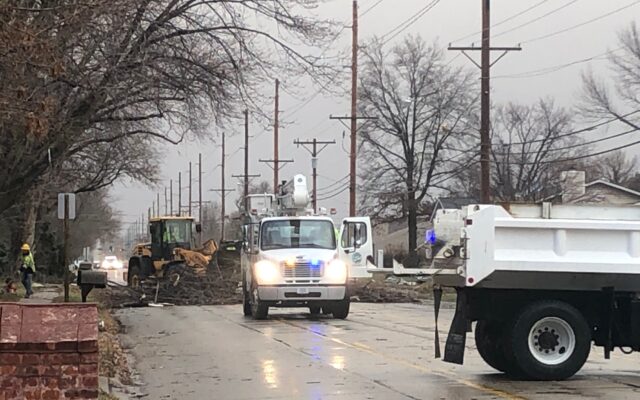 Damage in Columbus was mostly west of 33rd Avenue, but a number of large trees and branches also fell in other parts of the city. A brief tornado was confirmed to have touched down in Columbus causing a roof to blow off a home. Officials are encouraging residents to use caution when driving in the storm damaged areas. The national weather service office will be doing a damage assessment in Platte County over the next several days.

According to NWS, a tornado also touched down 2 miles southeast of Humphrey along Highway 81. Beemer also reported a tornado confirmed by the local fire department. Howells reported strong winds that blew off a partial roof.

There were more than 20 tornado reports Wednesday in the Plains states, scattered through eastern Nebraska and Iowa. More than 400,000 homes and businesses were without electricity Thursday morning in Michigan, Wisconsin, Iowa and Kansas.