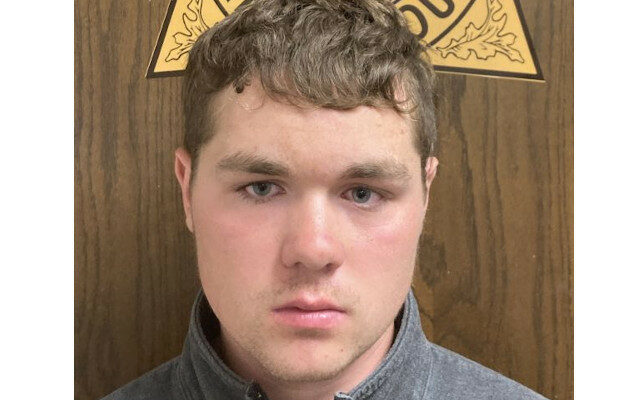 WEST POINT- Early Thursday morning, the Stanton County Sheriff’s office was notified of a break-in and sexual assault that had just occurred at a rural residence in southern Stanton County north of Leigh.

The report was that a male armed with a handgun had broken into the residence and sexually assaulted the female after tying her up and threatening to shoot her.  After the attack the male stole the victim’s SUV and fled the area towards Highway 32. Authorities began a pursuit that continued east about two miles west of West Point where officers deployed a deflation device. After another half mile the vehicle pulled onto the south shoulder and the lone male suspect fled south into a field. At about 2:40 a.m. the suspect was taken into custody after he was found hiding on the top of a livestock trailer at a nearby farm residence. The suspect 17-year-old Gabriel Safty, of rural Leigh, was booked on felony charges that include: Burglary, Possession of Burglar Tools, False Imprisonment, First Degree Sexual Assault, Armed Robbery, Terroristic Threats, Use of a Weapon to Commit a Felony, Theft of a Motor Vehicle and Operating a Motor Vehicle to Avoid Arrest. The female victim was taken to an area hospital for treatment.

A handgun, Knife and other items connected to the attack were seized during the arrest.