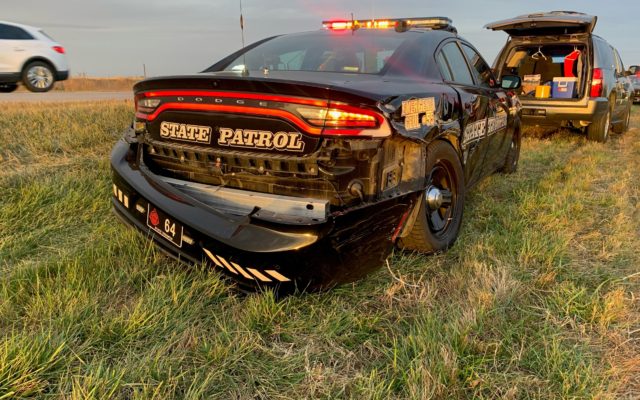 At 5:30 p.m. Friday, NSP received reports of a possible impaired driver traveling eastbound on I-80 in York County. Troopers located the SUV near mile marker 365 and attempted a traffic stop, but the SUV drove into the median and began facing westbound before it stopped. As the troopers exited the patrol vehicle, the SUV began driving again and entered westbound I-80 driving erratically before coming to a stop on the shoulder. The troopers positioned their patrol vehicle in front of the SUV in an attempt to prevent it from reentering I-80. The driver of the SUV then drove forward, striking the patrol unit on the passenger side, and turned around to drive eastbound in the westbound lanes. The patrol unit was still able to operate and the troopers again pursued the suspect vehicle. After a short time, the SUV drove into the median and came to a stop. The troopers were then able to take the driver into custody without further incident. The driver, 65-year-old Debra Pittman, of North Platte, was arrested for willful reckless driving, felony flight to avoid arrest, use of a deadly weapon to commit a felony, hit and run, driving under the influence of alcohol, and numerous traffic violations.

Neither trooper was injured in the incident.