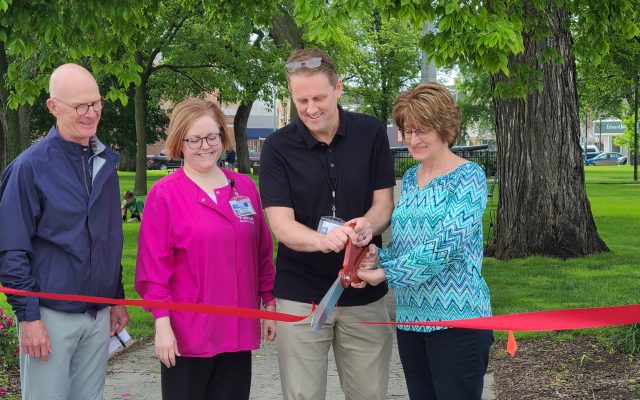 The grant to create the paths was through America Walks, a program dedicated to creating places where all community members have safe, accessible, equitable and enjoyable places to walk and be physically active.  The walking routes are free and available to anyone in the public.