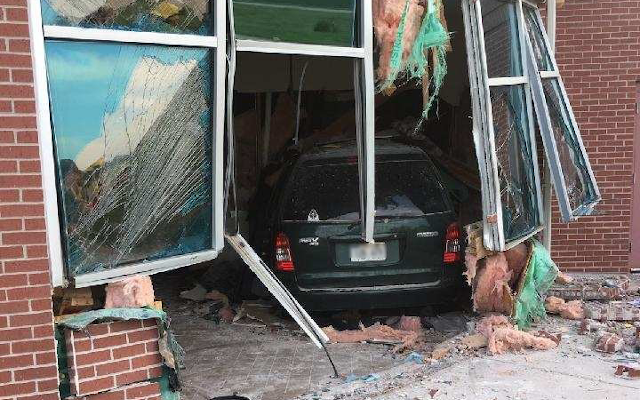 WAVERLY- The Nebraska State Patrol is investigating a crash that occurred at the Interstate 80 westbound weigh station near Waverly, in which a minivan crashed into and entered the weigh station building itself.

At 6:35 p.m. Thursday, a minivan crashed into the west side of the building, which is an office and work area for troopers in the Carrier Enforcement Division. The weigh station was closed at the time of the crash and there were no personnel inside. The sole occupant of the minivan was transported to Bryan Health Center West Campus in Lincoln with what are believed to be non-life-threatening injuries.

NSP is working to determine the cause of the crash.