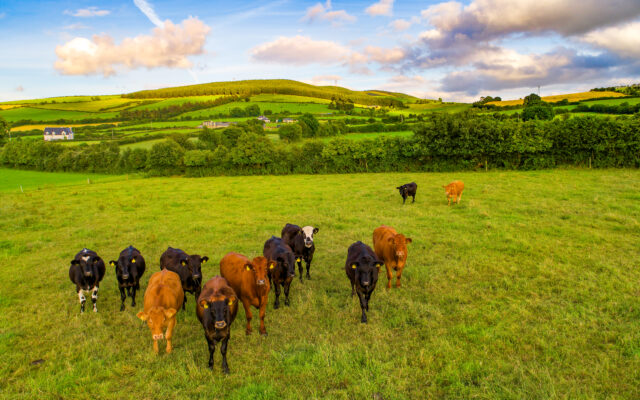 LINCOLN, NE (February 8, 2022) -A delegation of Nebraska Cattlemen members had a significant influence on national policy decisions during the National Cattlemen’s Beef Association’s (NCBA) annual convention in Houston, Texas last week. Nebraska Cattlemen brought forth policy for consideration in the Taxation and Credit Committee and had many members recognized for their hard work and dedication to the industry.
The week began with numerous policy committee meetings where Nebraska Cattlemen members attended, took part in the discussion, and voted in accordance with Nebraska Cattlemen’s policy book. Nebraska Cattlemen presented a policy for consideration in the Taxation and Credit Committee that would encourage investments into new processing capacity infrastructure through producer incentives that would offset new plant start-up costs.
Many Nebraska Cattlemen members were recognized for their dedication to the beef cattle industry. The 2022 BQA Educator Award went to Dr. Deb VanOverbeke. Throughout her career she has remained dedicated to the mission and focus of BQA, ensuring that all consumers have quality, safe, and wholesome beef, and beef products. The 2022 BQA Market Award was given to W&J Carpenter Inc., based in Arapahoe, Nebraska. The Carpenter team transports more than a half-million cattle per year and prides themselves on attention to detail in all aspects. Their meticulous approach to livestock transportation has enhanced the public’s perception of animal handling and quality.
NCBA also announced their inaugural group of Trailblazers. The class of ten has some familiar faces to members of Nebraska Cattlemen. Brianna Buseman of Lincoln, Shaye Koester of Lincoln, Natalie Jones of Stapleton, and Jaclyn Wilson of Lakeside was chosen to be a part of the inaugural class. This program will take advocacy for the beef industry to a new level by giving participants the tools and training they need to promote beef to new audiences.
Nebraska Cattlemen member Bill Pullen was inducted into the Cattle Feeders Hall of Fame. Bill started his career on his father’s farm and feedlot in Central City, Nebraska. Since his founding of the ROTO-MIX brand, he has spawned over 120 dealers in the U.S. and 35 international markets. “Bill’s leadership in the cattle feeding industry is one we should all admire and look up to. This recognition is well deserved, Congratulations Bill,” said Brenda Masek, Nebraska Cattlemen President.
President Masek added, “This year’s National Cattlemen’s Beef Association annual convention was a solid reminder that we need to continue to work together as an industry to brainstorm and solve issues important to members across the country. Our members had another successful convention, and we congratulate all who were awarded for their dedication and hard work on behalf of our industry.”
The next National Cattlemen’s Beef Association (NCBA) annual convention will be held in New Orleans, Louisiana, February 1-3, 2023