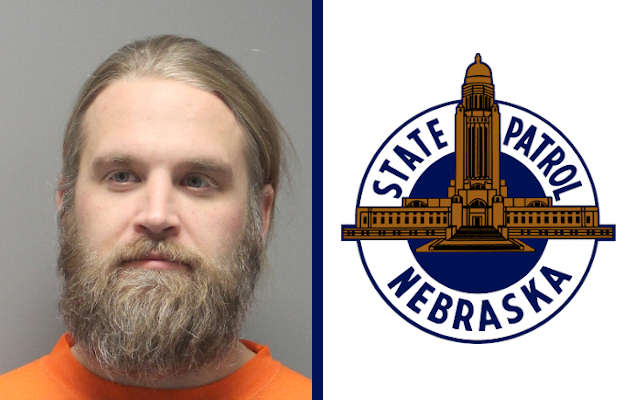 NORFOLK- A suspect, wanted on an arrest warrant connected to a traffic stop last summer, has been arrested in Montana.

Nebraska State Patrol investigators worked with the Gallatin County Sheriff’s Office and Anaconda Police Department, both of Montana, to locate 34-year-old Jess Brenk, of Detroit Lakes, Minnesota. The investigation began on August 1 when a trooper arrested Brenk during a traffic stop on Highway 81 near Norfolk. The semi-trailer Brenk was driving had been reported stolen out of Minnesota. Brenk provided a fake name and resisted arrest during the encounter. He was lodged in Madison County Jail. After posting bond, he fled the state. An arrest warrant was issued for theft by receiving stolen property, criminal impersonation, resisting arrest, and obstructing a peace officer. NSP investigators were able to gain information that Brenk was in Anaconda, Montana.

He was arrested without incident Wednesday by the Anaconda Police Department and is awaiting extradition.