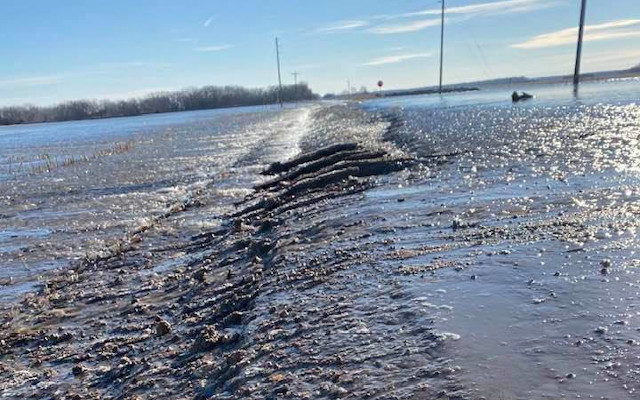 SCHUYLER- Highway 15 is closed south of Schuyler between the 12A Spur; Road 45 and Ski Lake Road due to flooding.

Colfax County Emergency Management is advising travelers to go through Columbus or North Bend. Area officials are recommending residents of Lake Socorro and Bobcat Lake evacuate the area at this time. Platte County Emergency Management is reporting periods of ice moving through the Columbus area and says it will continue for the next few days. The agency says at this point no river gauges upstream on the Loup are showing flood stage so there isn’t a huge volume of water coming down the river. The agency says the area could see some minor low land flooding. The National Weather Service has issued a Flood Watch until Monday for Butler, Dodge, Colfax, Platte, Madison, Cuming, Stanton, Cass, Antelope, Douglas, Sarpy, Saunders and Washington counties. Temperatures in the 40s and 50s through the weekend will continue to melt snow which will go into the river system. The extra water combined with thinning of river ice may cause ice break up and eventual ice jams.

NWS says lowlands near the Loup, Platte and Elkhorn rivers may experience flood waters if ice jams occur. Large slabs of ice may also be lifted onto the shore.