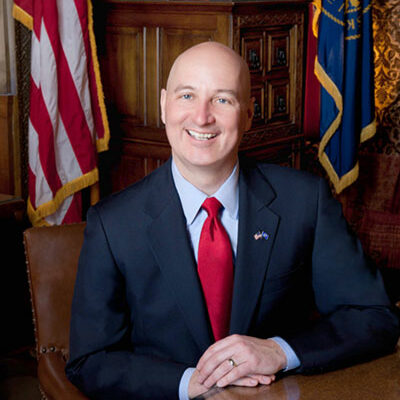 LINCOLN, Ne. – Over the years, Nebraskans have built thousands of miles of trails, rails, power lines, and highways to connect our state.  This connectivity has helped our urban and rural communities thrive.

Yet as more of our lives have gone online, we’ve seen a digital divide develop.  It’s easier and less expensive to deliver high-speed internet to houses close together in cities than it is to reach ranch homes spaced miles apart.  For this reason, broadband infrastructure in rural Nebraska has lagged behind our urban centers.

As Governor, my vision is to grow Nebraska.  That means growing every part of Nebraska—from cities to suburbs to our rural areas.  Geography shouldn’t determine opportunity in our state.  No matter the distance Nebraskans live from a city, they should have access to the digital tools they need to live, learn, and do business.  In today’s digital world, broadband connectivity is basic infrastructure.

I have been working with my agencies and the Legislature to expand reliable, high-speed broadband networks to connect every corner of Nebraska.  In 2018, I signed LB 994 into law, creating the Rural Broadband Task Force.  Chaired by Ed Toner, the State’s Chief Information Officer, the task force was charged with helping us better understand Nebraska’s broadband needs.  Their work assessed gaps in coverage and proposed ways to expand broadband.

While our work to connect Nebraska began well before the coronavirus pandemic hit, the pandemic underscored just how important it is to have access to the digital world.  Areas with accessible, high-speed internet were able to continue day-to-day operations of business, while areas without it struggled.  In 2020, I directed $30 million of Nebraska’s federal coronavirus CARES Act funding to go toward the Remote Access to Rural Broadband Grant.  This alone connected 17,500 households to broadband connectivity.

Then, in 2021, I signed the Rural Broadband Bridge Act (LB 388) into law.  This invested another $40 million to connect an additional 30,000 households.  As we continue to distribute funding through grants to telecommunications companies, we are prioritizing projects in underserved communities, from Nemaha County in southeast Nebraska to Dawes County in the northwest of the state.  Last year, 61 grants were administered.  Awards for the 2022 grant cycle will be announced this December.

We’ve set high standards as we work with telecommunications companies to grow broadband infrastructure in Nebraska.  While 25 mbps download speed and 3 mbps upload speed (or 25/3) meets the Federal Communications Commission’s benchmark for speed, we recognize that the flow of data is only increasing as technology improves.  It’s not enough to provide the bare minimum.  Instead, we’re building with the future in mind.  Any company receiving state funds is required to build speeds of 100/100, so that our broadband networks can keep up with technology as it evolves.

At the same time, we’re lowering barriers to get companies invested in our effort.  Initially, the Broadband Bridge Act required applicants to provide 50% of the total development costs.  This year, I signed legislation (LB 1144) to reduce companies’ required investment in high-cost areas to 25%.  This change makes it more cost-effective for telecommunications companies to build out broadband in our rural areas.

Additionally, there are several new funding streams coming from the Federal government.  The State recently received approval from the U.S. Treasury for our plan to use $87.7 million from the Capital Projects Fund for broadband infrastructure.  We’re also receiving funds from three programs under the Infrastructure Investment and Jobs Act:

There are a lot of moving pieces as we manage these programs.  However, we’re ahead of the game in Nebraska.  Unlike many other states, we’ve already passed the legislative framework and built the operational processes to manage grant applications and distribute awards.  The priority we have placed on enhancing our broadband infrastructure has put Nebraska in a strong position to efficiently, effectively make use of new federal funding sources for broadband expansion.

To best use federal broadband dollars to serve Nebraskans, we’ve created a “Connect Nebraska” working group.  Its sole purpose is to optimize federal resources to expand broadband.  The group includes members from the State Budget Office, Public Service Commission, and Office of the Chief Information Officer.

The Connect Nebraska working group helped us launch broadband.nebraska.gov, which will serve as the primary hub of information for broadband programs available in the state.  It’ll also be the main portal for grant applications.  I encourage you to visit the website to learn more about the various funding sources and how to apply.

As Governor, I’m committed to bridging the broadband gap to connect even more Nebraskans to high-speed internet.  If you have any questions about our work to expand broadband, please contact me at [email protected] or 402-471-2244.