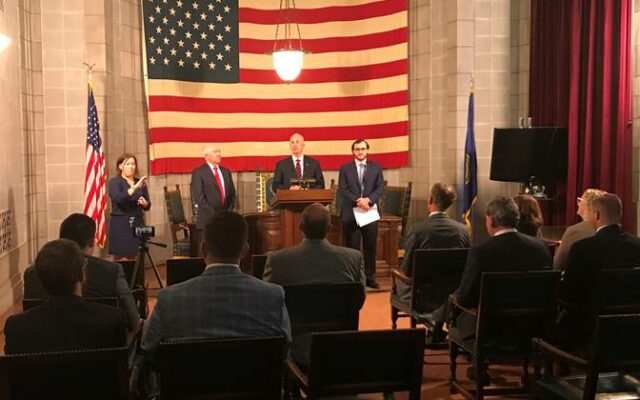 The Governor was joined by members of the “Connect Nebraska” working group, a team of leaders tasked with optimizing state and federal funds to expand broadband. Multiple broadband programs have been created including the Capital Projects Fund which includes $87.7 million of the funds for broadband infrastructure. Also, the Broadband Equity, Access, & Deployment Program will provide broadband to unserved locations and community anchor institutions like schools, libraries, and health clinics. The Digital Equity Grant Program will give Nebraska at least $7 million to ensure Nebraskans in all areas of the state have the tools and training needed to make the most of internet resources.

The Middle Mile Broadband Infrastructure Grant Program will give entities such as internet service providers and public power districts opportunities to construct, improve, or acquire broadband infrastructure that does not directly connect to an end-user location such as a household or school.

Next week, the State is launching a website, broadband.nebraska.gov, to serve as the primary hub of information on the new broadband programs.  The website will also serve as a portal for grant applications.